“I would kill for that role.” 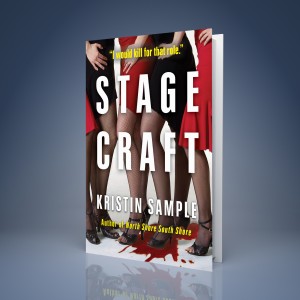 During audition season, the theatre geeks at Whispering Hills Country Day School repeat that sentiment over and over.

But for senior Hannah Cross, killing for a role might be a reality thanks to her best friend Skylar. Just as everything in Hannah’s world is falling into place, she finds herself in the biggest dilemma of her young life. She’s crushing it at school. She’s just been accepted at NYU. She’s dating Brody Wolcott—the hot jock she’s had a crush on since freshmen year. And most importantly, Hannah is finally stepping out from under queen bee Skylar’s shadow.

So, Hannah really doesn’t need to be involved in a hit-and-run accident, a crash that leaves musical favorite Zoe in a coma and fellow classmate Will dead. And if Skylar took care of any suspicions, why are the police at school asking questions? And what will happen if the detectives connect this accident to what happened upstate at theatre camp…with Katie Greco?

Can Hannah escape Skylar’s manipulation and the mistakes of her past? Does her moral compass point true North when she could lose everything?

Readers of Megan Abbott’s Dare Me and Pretty Little Liars will love STAGECRAFT.

The novel has that dark psychological edge and offers first hand insight into Hannah’s mind by “breaking the fourth wall” throughout the text. Using this technique, STAGECRAFT presents teen angst more intimately, neither indulging it nor poking fun. Also, STAGECRAFT, while an intense read, provides many moments of levity through some of the supporting characters.

open with two young women standing over the hospital bed of another young woman. This coma patient has recently showed signs of waking. The two teens loom over her bed, angels of death, and argue in fervent whispers about the advantages of killing her. Upon waking, the patient would divulge information that would instantly ruin the lives of these dark characters. The stronger of the two wants to do it and never look back. She is ruthless and used to getting her way. The other young woman is Hannah Cross and she’s in the biggest dilemma of her life.

Stagecraft is GLEE meets BLACKSWAN! If you liked Gone Girl by Gillian Flynn or Dare Me by Meghan Abbott, you’re going to love Stagecraft.

I am seeking representation for this novel. If you’d like to represent me, please email kristinhsample@gmail.com.