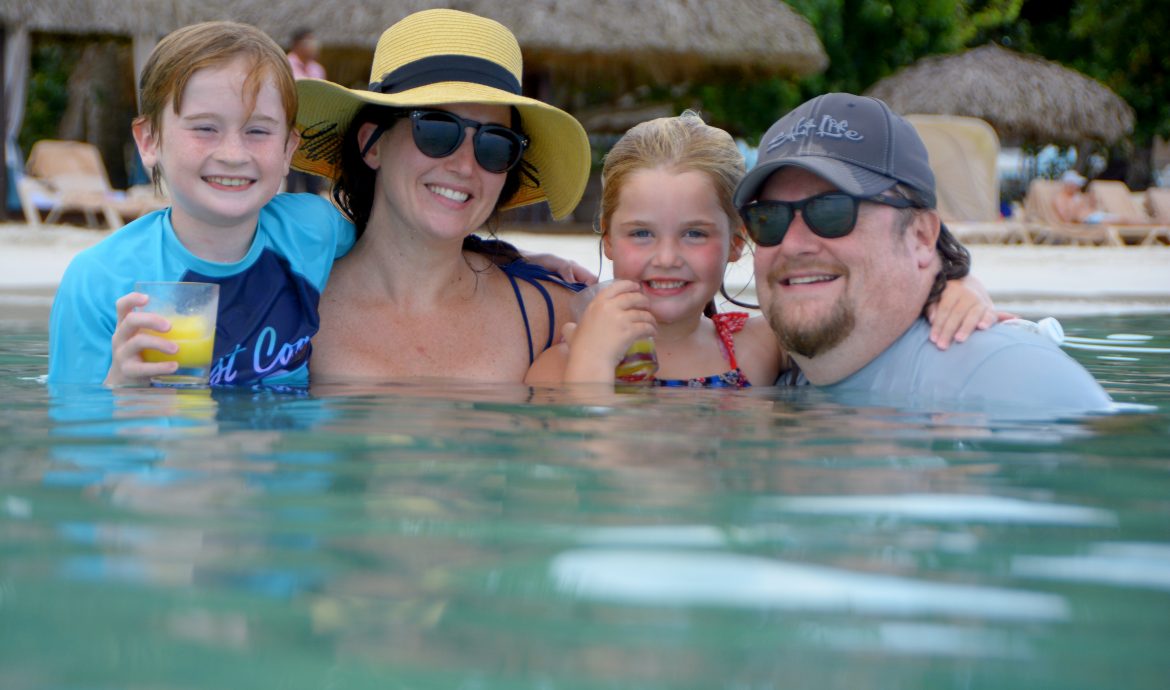 I usually send this with my Christmas cards but I boycotted those this year.

Anyway, I was just setting up my new planner for 2020 thereby looking at my 2019 planner…thereby reading all the goals I wrote down and didn’t hit this past year. So, I thought to myself…let’s write the Sample Family Christmas letter and totally sugar plum coat everything!

Some of my lofty goals aside, 2019 was a great year. We are healthy, happy, and thriving in Dallas. C.K.’s mom moved to Dallas a few months ago. I count myself blessed to have her, my parents, and my sister’s family all in the same ten-mile radius. I’ve lived far away from family twice now—once in LA and in Texas since 2013. So I’m grateful to have my family nearby. I’m grateful for impromptu dinners, having them here for birthdays, soccer games, recitals, getting to watch my sister’s baby grow, and the support they offer on a daily basis.

Here’s a rundown of each family member and what we’ve been up to in 2019.

Jackson (9) is in fourth grade now. Much to my father’s delight, Jackson has returned to soccer. My dad takes him to practice most days (which is AMAZING FOR ME!) and buys him Subway afterwards. I think Jackson might be in it for the Italian sub. But he wears the number nine, my father’s number from college, so we’ll enjoy this foray into the world of sportsball for as long as it lasts.

Jackson still takes hip-hop class and guitar lessons. “Santa” brought a drum set last year so we added drum lessons to the schedule too. He loves both instruments and we are grateful to have found gifted teachers for him. He likes to write songs. I listen to them and worry about the lyrics. “What is that song about, bud?” I’ll say in my best therapist you-can-tell-me-anything voice. I always think the worst. He’s being bullied. He’s depressed. But no…it’s just Jackson’s vivid imagination at work. Here’s an example from this past weekend…

Jackson finished playing me a rather lengthy opus on the drums while he sang about freedom, oppression, being annoyed.

Me: (immediately jumping to conclusion about how he must hate his life) What’s the song really about, buddy? Is there something you need to tell me?

Jackson: (confused expression) No. Didn’t you listen to it?

Jackson: It’s about the Dark Ages and the enslavement of the Jewish people. They want their independence.

Jackson: It’s a song about history.

Me: Where did you learn about the Dark Ages?

Jackson: (sighs) The Dark Ages. You know, when the Dark king and Dark queen ruled from their big castle.

A conversation about history and fiction ensued. Jackson still won’t believe me about why the Dark Ages were called the Dark Ages. To him, they are similar to the world of Narnia under the yoke of Tilda Swinton.

Darcy (5) started kindergarten. (Note—this means I retired from full time momming!) She tried dancing at Jackson’s studio, but it wasn’t a good fit so we moved her. Now we are going to TWO recitals this year. C.K. is <insert sarcasm> really excited about this development. She takes jazz and hip hop and I think even those genres of dance can’t handle Darcy’s level of sass. She also discover swimming this summer. She was the youngest kid on the swim team. I’m proud of her—she went from not being able to make it across the pool (for fear of sharks) to competing in her first swim meet.

Darcy had a bit of a rough transition to full-time school but now she’s doing well. And in the new year, she’ll start the same reading program Jackson is in. She’s dyslexic too. After two diagnoses, I’m fairly sure I’m also dyslexic. And with all I’ve learned about this learning difference, I’m less scared than when Jackson was diagnosed. And I’m doubly grateful to be living in a school district with a robust dyslexia program.

C.K. continues to work hard as CTO of Hypergiant Space Age Solutions—a company that is solving today’s problems and innovating for tomorrow. It’s a great place to work and he gets to work alongside one of his best friends. He travels regularly to Austin and sometimes beyond. And when he’s not working, C.K. is in his office playing music or hanging with me and the kids.

I’m still plugging away at the writing business. I was lucky enough to sign with a brilliant agent who is representing my teleplay Soccer Domme. I wrote a collection of short stories called One Square Mile and had a few published. One came out already. And another will be in an anthology set to be published this summer. Early in the new year, I have another short story being published in a literary magazine. I’m also chairing this year’s PTA auction. I’m proud to be working with an amazing team of parents on an event that raises over 150K each year. It’s no joke, people. Our auction is the shit.

Last but certainly not least…

Nigel and Magnus joined our family just before Thanksgiving. They are black pugs, same as Thatcher. They are adorable, even when they are making mischief. They make me laugh all the time. I imagine them calling me “nice lady” and calling Thatcher “the ancient one.”

So… I guess I laugh at myself. But at least I’m laughing, right?

Have a Merry Christmas, Happy Hanukah, Happy Kwanza, or Happy Whatever-You-Celebrate. And here’s to an amazing 2020!