“He just blowed for you,” Darcy said from the back seat, eyes wide and still confusing her prepositions. Were we in trouble? He doesn’t look happy. Well, I pissed off the new crossing guard at Jackson’s school this morning. He’s a man in his 60s with a handheld stop sign and a whistle he’s not a afraid to blow with wild abandon. I treat him with distance and respect.

But I was tired this morning. And I was waving at a friend on the corner.

I didn’t notice him signaling me to turn right and so I got not one, not two, but three blows. The last blow was exasperated. It felt like a higher pitch although I’m not sure that’s possible.  It was the sound the whistle makes then the blower smokes too much and thinks everyone is an idiot.

This is basically the face I got this morning.

We made eye contact and his eyes were filled with contempt. Neon clad fingers pointed at me forcefully then directed me to turn right. The disdain was palpable. I wasn’t looking at my phone, I promise. I wasn’t about to hit a stroller.

But there is NO ROOM FOR MISTAKES AT DROP OFF!!!

Therefore, I must declare publicly that the new crossing guard at Jackson’s school is officially kicked out of The Menagerie.

I suppose I should explain what The Menagerie is. First you should know this: a writer’s mind is a vivid honeycomb of anecdotes, fantasies, dialogue, and clouded memories. And this massive cellular structure is all dripping in the honey of self-doubt and sarcasm.

Back to The Menagerie…

(Also, I know there are some of you who are confusing the word “menagerie” with “menage a trios.” Not the same. You have a dirty gutter mind.)

Simply put, The Menagerie is a group of people who I enjoy interacting with but would never really be friends with. I’m pretty fascinated by people even if I don’t always like them. The characters in The Menagerie have interesting stories. They are usually older people and therefore their stories a gilded by a veneer of fiction I find endearing. Their stories, their quips, and their motivations all provide fodder for my creative work. Write what you know, the adage goes.

Other current residents of the menagerie include my amazing landscaper who told me that he used to eat the squirrels he hunted in my area before they “put in all these goddamed houses” and the ex-CEO of Aeropostale who sat across from me in the adult education watercolor class at Bronxville HS. She wore Chanel shoes and Hermes scarves but borrowed my watercolors. 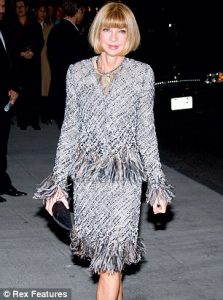 “Have you painted much before?,” I asked.

“No, but I have some experience in design. I just retired.”

“I worked in retail. At Aeropostale.”

My face must have looked confused as I tried to square a classy lady like herself folding $8 shirts at Aeropostale. So she clarified, “I was the CEO.”

“Oh?” I said. Duh, I am sitting in a school in Bronxville.

“Can I borrow your cerulean?”

Can I borrow your fucking Birkin bag? <– I didn’t say that.

Anyway, I thought the new crossing guard would be perfect for my mind curio cabinet. He drives a red scooter that he parks in the fire lane and surrounds with small orange cones from Dick’s Sporting Goods. That’s so idiots like me don’t hit the scooter. Or the idiots who drive the fire truck make sure to steer clear when they are pulling their emergency vehicle close to the school to save our children from burning flames or from ISIS.

Also, he wears one of those Sons of Anarchy helmets. The small black skull caps that look like they will do NOTHING if you get into an accident. That kind. And attached to the back of his helmet are three foxtails.

I am not kidding. 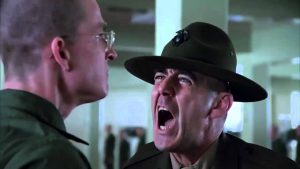 He also plants his pop-up chair in a neighbor’s yard. Not on school property but quite literally in the middle of someone’s lawn. There is shade here. I shall have it.

And one time, I saw him put his own body in front of a turning car. I think he even slapped the hood of the car so the driver would stop. Apparently, this driver decided she would turn right while he was crossing another party. He walked to the car and hollered at the driver. I can’t remember what he said but I’m pretty sure he muttered curses as he trudged back into the crosswalk. In my mind now, the crossing guard yelled the drill sergeant’s lines from Full Metal Jacket.  Something to the effect of… I didn’t know they stacked shit that high!

I don’t know much more about this guy. And after this morning, I will never find out. He’s the type who never forgets a face. I am now in the idiot category.

If you’d like to read about another group in my menagerie, check out my story of The Sippin’ Sisters.