When your kids are quiet… 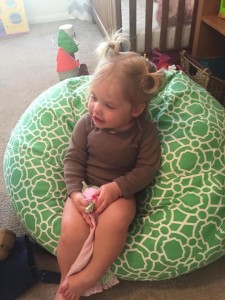 The way to get into the good parties is to have big boobs.

They are probably doing something wrong. I’ve walked in on shampoo painted on the bathroom walls, evidence of cave baby in her natural habitat. I’ve walked in on my son stuffing a scarf in my daughter’s shirt and proclaiming she now has boobs. “Now she can go to parties,” he smiled brightly. Let’s not even touch on how at 4, Jackson understood the intersection between breasts and access to cool parties.

The point is that when you’re kids are quiet, they are most likely doing something messy or questionable or criminal. And that’s why this morning when I dozed off and woke twenty minutes later to absolute blissful quiet, my first thought was Jackson and Darcy are making a huge mess, my pets are in jeopardy, or both kids have left the house in search of Box-Car Chidren adventures.

Thankfully two seconds later my son came bouncing down the hallway looking for his iPhone.  (Disclosure: Jackson has C.K.’s old iPhone with all his apps on it. I assure you, they are all educational apps. wink.)

Here’s the conversation with my six-year-old that ensued…

He starts to leave.

ME: Wait! Wait! Where is your sister? 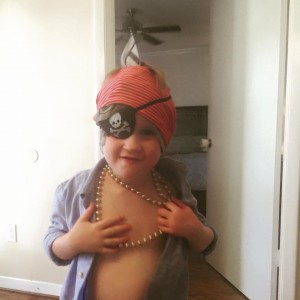 JACKSON: She’s in the livingroom. I put a video on her iPad. She’s watching Barney Counting 1,2,3s.

I’m taken aback. Not only did he make sure his little sister was set up with something to do, he even knows the details about what’s she’s actually doing. And this is spacey Jackson we’re talking about. When did he get straight up nanny skillz?

My head plops back on the pillow and I stretch. I’m going to get out of bed, I swear.

JACKSON: Oh, and I fed her breakfast. We split a package of M&Ms. But only half each. Too much sugar.

And there it is.

NB: When I say “this morning” above, I’m referring to Friday March 11. C.K. was in Austin at SXSW and I was flying solo. Just sayin’.