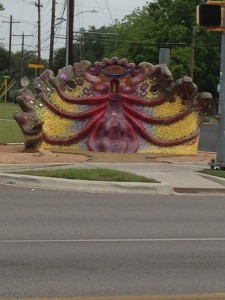 (written from the Embassy Suites on Congress Avenue in Austin, TX on August 20, 2015)

My husband called our local pizzeria to buy lunch for our moving guys. His clarifications reminded me that yep, I’m actually not a Texan. I’m not from Austin. I order “pies” at a pizza place. Why do I need to explain further? I’m not calling a bakery. I also stand “on line,” not “in line”–but that regional language irregularity justifiably needs correcting. You’re reading this online. Or if you’re on Long Island and standing in a queue, maybe you’re reading this post “online while on line.”

Okay, get to the point. It’s 7 am and I’m in a hotel room with my littles before we drive to Dallas to meet C.K. So I’m groggy. The point is—these jarring moments remind me that I’m not actually from Austin. And it’s unsettling because most of the time I walk around considering Austin my home. In fact, it’s where I’ve felt the most “at home” as an adult. Apologies to New York where my heart still beats a little quicker. And no apologies to Los Angeles because it’s the hellmouth.

Why Austin has such a strong hold on me? Why do I (and so many others) feel so comfortable in the city’s embrace? The answer is summed up in two phrases. The first is from a volunteer coordinator at my church. While presenting on Mobile Loaves and Fishes, a charity that rehabs roach coaches and stocks them with food daily to drive around and feed the poor, Bob remarked of the charity’s founder, “Bring anything to him. Any stupid idea. And he’ll hear you out and try your idea.” That may seem a little condescending but I assure you it wasn’t meant

that way. There’s an openness to MLF’s structure that can been seen in many organizations around town, both charitable and for-profit. Austin is a place where you’ll be heard, your ideas won’t get shot down, your thoughts are valued. Any. stupid. idea.

I heard the second phrase before we moved to Austin in 2013. A friend from New York, Sarah, told me repeatedly that I’d really like Austin, that I’d be happy there. I thought it odd—we hadn’t been friends for too long when she told me that. Maybe she was just well-wishing since she knew moving to a brand new place with a 3.5yo would be traumatic no matter what. “Austin is a very come as you are city. You’ll really like it,” she smiled sweetly as we watched our sons play at the local community center. And she was right. And the phrase “come as you are” is the best way I can think to describe this amazing place. Granted, sometimes come as you are means not shaving your legs or armpits at the hippy-dippy Bouldin Creek Cafe. Granted, sometimes come as you are means arriving to a posh club on a segue in a nerdy T-shirt. Or looking like you just failed a urine test with your patrol officer but you’re really a tech shot caller.

But it’s true. Austin accepts you as you are. There is no uniformity to how people look in the city. And that come as you are attitude permeates everything. I believe it’s why my husband has flourished at Chaotic Moon, a company that doesn’t just pay lip service to innovation–they innovate again and again. I think it’s why I was immediately asked to serve on the board at Jackson’s school. (Imagine that happening in Westchester County? Never. Unless, Mama gets out the checkbook early on.) I think it’s why Women’s Storybook Project trusted me to pitch to the New York Times. Austin makes the fact that you’re creative a good thing. It’s something to explore, not ignore. 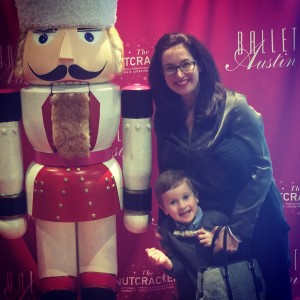